It’s the start of the England v Pakistan T20I Series and the first match is at Nottingham, starting at 11:00 pm IST on Friday, July 16.

I’ve analysed the game and I’m going to bring you the best online cricket betting on it just now, plus team news, a pitch report and some cool stats at the end.

Up next are our free cricket betting tips, exclusively for Indian customers. I’ll talk you through today’s T20I betting odds and tell you why Pakistan are the bet…despite England being the most likely winners.

There are also tips on the England and Pakistan top batsman markets. 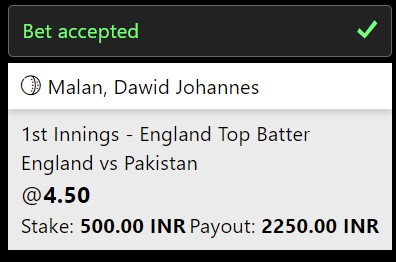 So let’s recap regarding what’s happened with England’s limited-overs teams over the last two weeks or so.

They fielded (virtually) their best side against Sri Lanka in the ODI and T20I series before everyone in it was ruled out of contention to play Pakistan in the ODI Series.

Why? Because there was an outbreak of Covid-19 in the England camp, meaning they had to go out and pick a whole new squad captained by Ben Stokes.

That ‘C-team’ beat Pakistan 3-0 and whereas Ben Stokes has subsequently been rested for this Series, Lewis Gregory and Saqib Mahmood were called up to play in the T20s as reward for their outstanding efforts against Pakistan in the last week.

But most of the ‘big boys’ are all back including Jos Buttler, Jonny Bairstow, Moeen Ali and Adil Rashid.

Chris Woakes, Sam Curran and Mark Wood were given time off and if you add to that the absence of Jofra Archer through injury, it’s clear to see their bowling won’t be at its best.

The side will be captained by Eoin Morgan, as per usual.

The good news for Pakistan is that this is a good chance to start from scratch after a bitterly disappointing ODI Series.

To think they couldn’t beat such a depleted England side even once in three matches tells its own story and they’ll be particularly disappointed in the manner of that defeat in the 3rd ODI when a) they should have scored a few more runs at the death and b) they bowled poorly…and fielded even worse.

They’ve kept most of the same squad but have also brought in all-rounders Imad Wasim and Mohammad Hafeez, plus exciting batting prospect Azam Khan.

Another change is that there’s no room for Imam Ul-Haq, who had a poor series in the ODIs.

That should mean that Mohammad Rizwan, fresh from an excellent 74 in that last ODI, is very likely to open. But will it be with skipper Babar Azam or with Fakhar Zaman?

We’ll have to wait and see.

Remarkably, despite the fact this is one of the grounds that England play at most often, there hasn’t been a T20I played at Trent Bridge since 2012.

This is a tricky wicket to get your head around. Most of the time, it’s quite high-scoring but occasionally when the clouds are out and the ball is swinging, batting can be very tough indeed.

The weather forecast is good, so we should have no interruptions because of rain.

In terms of the England v Pakistan head to head, England are 11-5 up against Pakistan in T20Is, which is a pretty good record considering the men in green have always been very competitive in this format.

It’s worth noting that there were actually 18 games played between these two, with one tie and one ‘no result’. They last played each other in 2020 when Pakistan were over for a three-match Series.

It ended with a win each and that no result, with all three games played at Old Trafford in Manchester. England are currently top of the ICC’s T20I rankings, while Pakistan are fourth. 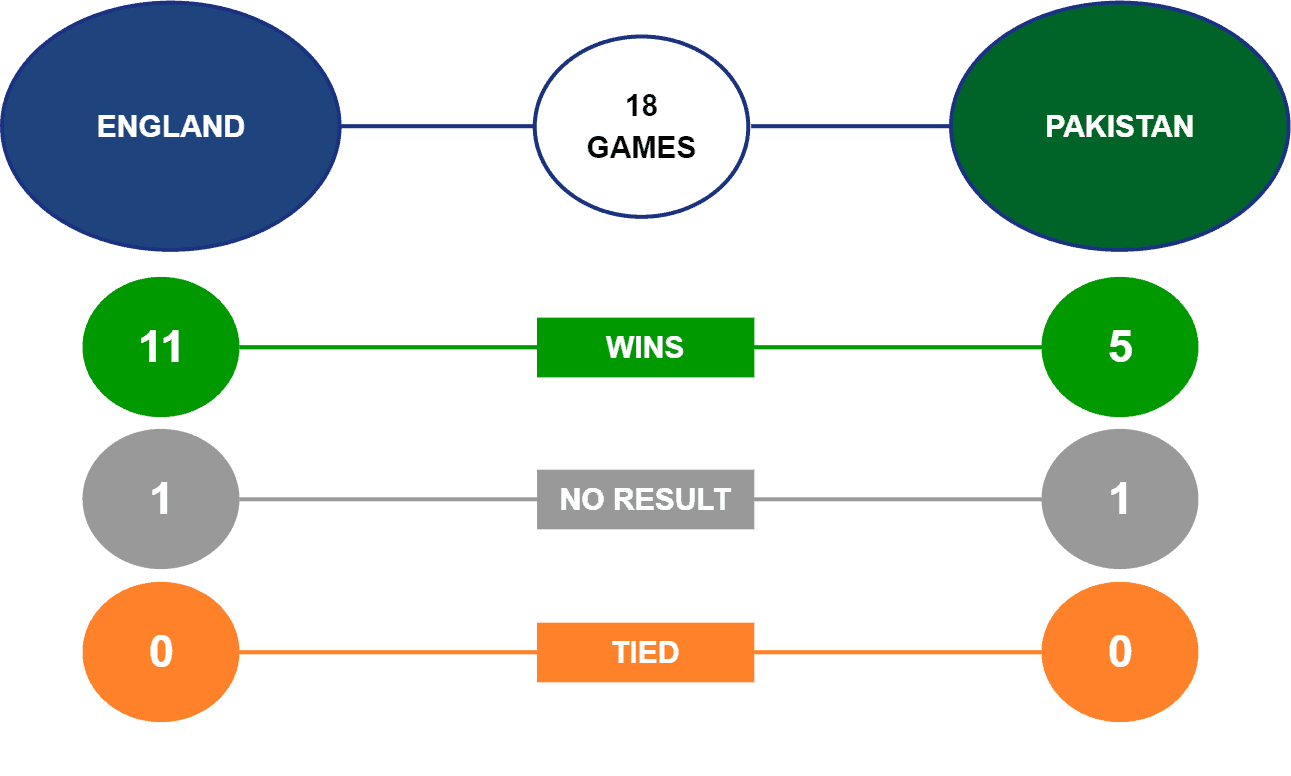 Let’s look at some England v Pakistan toss winner statistics.  England haven’t just beaten Pakistan convincingly in the games; they’ve also done so when it comes to the toss.

In 18 times the coin has gone up, England have won it 12, which is a very high strike rate. Interestingly, Eoin Morgan tends to be lucky at the toss in general, so England are very much the ones to go with.

Recommended Bet: Back Pakistan to win @ 2.52 with Purewin

Picking the match-winner and picking the best bet to win the game are actually two very different things here. What do England have in their favour? Lots.

They’re the number 1 ranked side in the world, they’re fresh from beating pretty much the same Pakistan players who are going to play here in the ODI Series, they’re at home, they’ll have all their best players back and they’re way ahead on the head-to-head record.

It’s a no-brainer to back England, right?  Not quite. Pakistan were much better in this last game and a trio of new additions, particularly Hafeez, could make a big difference.

But that looks a bit on the low side. There’s also the point to be made that Pakistan are better in this format than in ODIs and that as we always say: it only takes one outstanding individual effort to turn the game on its head.

In summary, if our lives depended on picking the ‘winner’, it would be England. But it’s Pakistan, at big odds, who are the correct betting choice.

Check out this Pure Win review for a reminder of why it’s a top betting site.

Recommended Bet: Back Fakhar Zaman to be Pakistan Top Batsman @ 5.5 with Betway

The Pakistan top batsman market is another example of betting based on odds rather than the more simplistic approach of betting on what you think will happen.

Bar Azam, just 2.62 with Betway, is the Number 2 ranked T20I batsman in the world. No player seems to get to 50 more often than him and he never seems to have a low score in this format.

Mohammad Rizwan, who is at odds of 3.25, is the 11th best batsmen in the world according to ICC rankings, and is another wonderful player.

But again: it’s missing the point.

At more than double the odds of Azam, you can back Fakhar Zaman.  He’s likely to open, and has played 46 times for his country in this format. Yes, the average isn’t great at just 22 and he’s arguably a better ODI player than T20 one.

But we know how good he can be on his day and the odds on him are just too good to turn down.

Recommended bet: Back Dawid Malan to be Pakistan Top Batsman @ 4.5 with Betway

Those are the odds on Dawid Malan, who will bat at three for England, played pretty well in the ODI Series and is one of the best players in the world at building an innings. After all, he’s ranked Number 1 for a reason.

That’s the last of our betting predictions.

Let’s talk sttas ahead of the game to round things off.

England have four players ranked in the Top 20 of T20I ICC rankings: Malan (1), Morgan (14), Bairstow (16) and Buttler (18).
Jonny Bairstow has three domestic T20 hundreds but no international one in 54 attempts.
Babar Azam has 18 fifties in 54 T20IS; exactly one every three games.
Hasan Ali has a good wicket-taking record in T20I cricket with 48 wickets in 36 games but his economy rate is high at 8.4.