It is the final of the Pakistan Super League 2021 where Multan Sultans will seek their first league title against Peshawar Zalmi.

The match will be played at the Sheikh Zayed Cricket Stadium, Abu Dhabi on Thursday, June 24, starting at 9:30 pm IST (8:00 pm local time).

Multan Sultans finished second in the group stage and have been among the most impressive sides in the league on all fronts.

Zalmi, meanwhile, have sprinted to the final with back-to-back wins in the playoffs after a pretty shaky group stage campaign.

That said, the favourites for us are the Multan Sultans and we’re going to back them to win the title.

Zalmi, finishing third in the table, had to take the long way to the PSL final in Abu Dhabi. In the first Eliminator, they beat Karachi Kings by 5 wickets while in the second, they outclassed Islamabad United by 8 wickets.

The two matches were eerily similar with Peshawar Zalmi having to chase very similar targets (176 against the Kings and 175 against Islamabad United).

Hazartullah Zazai led the chase in both those games, scoring 77 and 66 runs respectively (he was awarded the Man of the Match award for his efforts in the two games). In the bowling department, Wahab Riaz led the way with four wickets in total.

Needless to say, there is plenty of talent to go around in this team that can score quick runs in death overs.

The question now is whether can they carry the same momentum forward to the final and not succumb to the nerves. As the 2017 champions, history is on their side to conquer the title once again.

Multan Sultans were nothing short of brilliant in their 31-run win over Islamabad United in the Qualifier.

They put up 180 runs on the board with Shoaib Maqsood scoring a half-century with additional support from Johnson Charles and Khusdil Shah. The fact that they managed to put up this many runs on the board without Mohammad Rizwan adding a single run tells us about the incredible batting depth.

But it was their bowling that stole the show. Sohail Tanvir and Blessing Muzarabani took three wickets each while Imran Tahir and Imran Khan took three wickets between them. Once again, this was despite the PSL 2021’s leading wicket-taker Shahnawaz Dahani not getting a single wicket under his belt.

And to make things more interesting, the Sultans have lost just one match in their last six – all of which were here in Abu Dhabi.

With this kind of momentum behind backing a consistent, in-form team, Multan Sultans will start this fixture as the superior side.

The pitch in Abu Dhabi has done well to serve the batting side although, the bowlers have enjoyed their fair share of success too.

Peshawar Zalmi won their last two batting second, chasing huge targets. Meanwhile, Multan Sultans have shown that they are comfortable either way – chasing or defending. But this being an evening fixture, the team batting second will have the advantage.

Multan Sultans lead Zalmi by 5-3, last beating them in the second leg of their PSL 2021 fixture.

Chasing a target of 166 runs, the Sultans won that game comfortably by 8 wickets with 21 balls to spare, thanks to Rizwan’s handsome knock of 82 from 56. 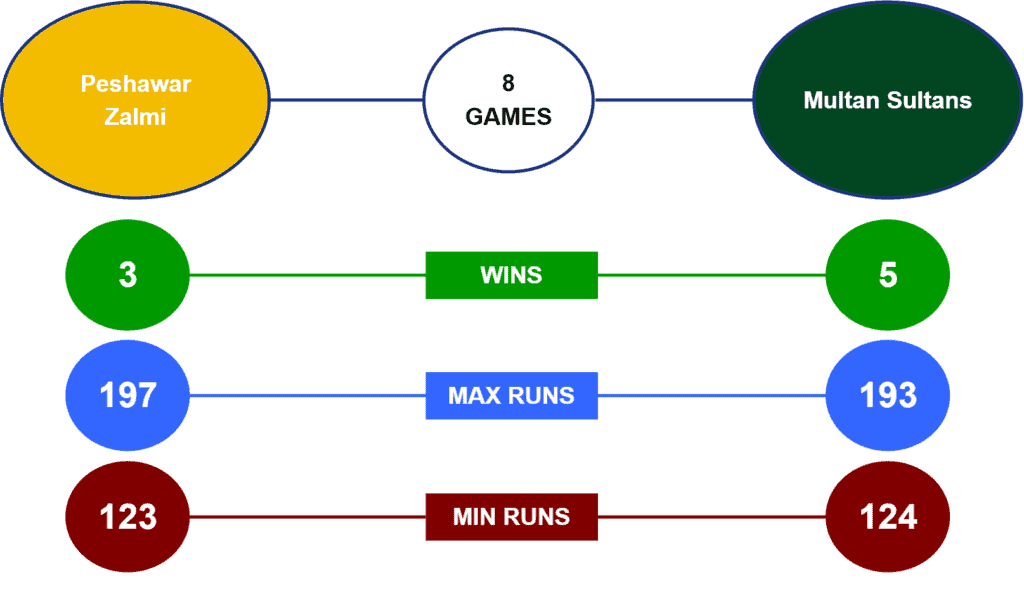 In the toss department, things are exactly the opposite with Zalmi leading Sultans by 5-3. 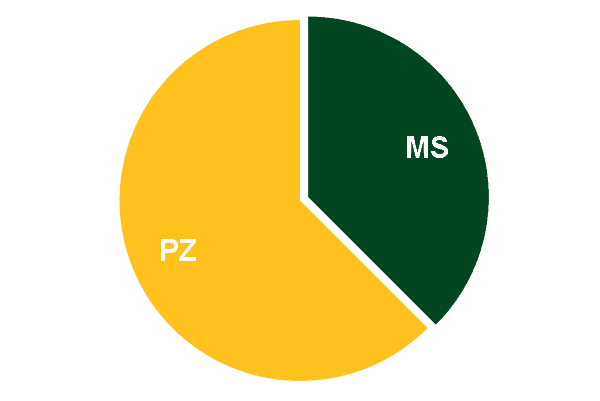 Between the two sides this season, Multan Sultans have been far more consistent, especially in the Abu Dhabi leg.

Peshawar Zalmi picked up just two wins in their five group games here before being propelled to the final by Zazai’s heroics. By stark contrast, the Sultans have maintained a steady heading.

And then there is also the individual player quality – the Zalmi are fielding an experienced line-up while Multan Sultans are bustling with talent in batting and bowling. Moreover, they have proven their mettle time and again this season.

The last deciding factor is undoubtedly the 5-3 lead in the H2H tally.