After a one-sided T20I Series, we’re into ODI mode and the 1st ODI between England and Sri Lanka will take place in Durham, on Tuesday, June 29, start time 3:30 pm IST.

Sri Lanka are currently a side full of problems but that doesn’t mean we can’t find some good online cricket betting opportunities. Read on to find the best England vs Sri Lanka betting tips for the first ODI!

So here are your cricket betting tips ahead of the game. I’m looking at three different betting markets and I explain why a bet on the match winner market isn’t one of them and why a century not to be scored, is another.

No century to be scored
2.3
Pure Win 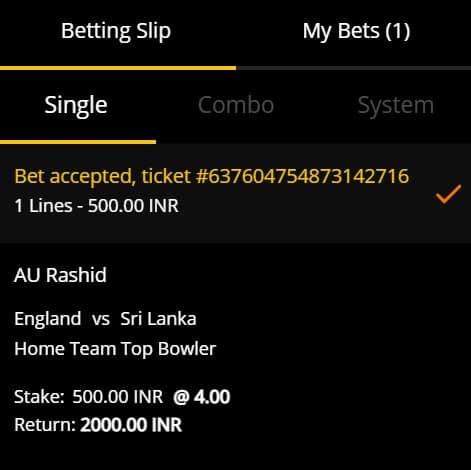 The ODI squad looks understandably similar to the one who emerged as 3-0 victors in the T20I Series.

The gun players from that T20 series like Jonny Bairstow, Jason Roy and Sam Curran are all there but the XI who will play may actually be a fair bit different to the ones who turned out in the shortest format .

For starters, Buttler is out with an injury while Number 3 batter Dawid Malan, hero of the third match, has oddly been left out entirely. Ben Stokes continues to be rested for international duty but allowed to play whatever county cricket he wants.

Sam Billings was bitterly unlucky not to get a proper bat so deserves another chance. Moeen Ali may also get a game because England like to play him as a proper all-rounder in this format.

And remember of course that unlike in T20Is, Joe Root is still very much a part of this team and is expected to bat at three.

If the T20I series is anything to go by, this Sri Lanka side are really struggling at the moment.

As we’ve said many a time before, they’re suffering from the fact that players like Angelo Matthews and Dinesh Chandimal are currently out of the side as a result of fitness/money issues, while the recent retirement of Thisara Perera didn’t help matters, either.

And all this is happening while there just aren’t youngsters coming through who are showing their true potential and that they could be future stars.

Their key men here are skipper and star batter Kusal Perera, all-rounder Dasun Shanaka. With the ball, the spinning duo of Dhananjaya da Silva and Wanindu Hasaranga (who can both bat as well) are their canny operators,but then again,these are hardly their favoured conditions.

But their plans have been ruined by the news that Kusal Mendis, Niroshan Dickwella and Danushska Gunathilaka were in breach of bio-bubble protocols after going out in Durham. All three admitted to the offence and have been sent home from the Tour.

It’s the last thing they need because all three were almost certain to play.

There have been 17 completed ODIs here over the years. There have also been two matches that ended up as ‘no results’, due to bad weather.

It’s worth pointing out that not all of those 17 games had England as one of the two teams in action, as there have been a few matches over the years played here during World Cups that didn’t involve Eoin Morgan’s men.

England’s record here isn’t particularly great. They’ve won just eight out of those 14 games here, which is significantly lower than at most other English grounds.

And now to the really interesting bit: Sri Lanka have played England here twice…and won both!

They secured victories in 2006 and 2014 and in 2019 they beat the West Indies there during the World Cup, so this is certainly a happy hunting ground for them.

In that Windies game, Avishka Fernando hit a superb century so he’ll be looking forward to playing here.

There may be a very small amount of rain on the day but not enough to mean we’ll lose too many overs. We should get a full game rather than a DLS intervention.

Can you believe it? England and Sri Lanka have played each other 75 times over the years in ODIs and it simply could not be any closer.

There have been 36 wins each with two no results and even a tie in there. So yeah, few teams have proved to be as well-matched over the decades.

But those numbers reflect that in the 90s and noughties, Sri Lanka were one of the top sides in the world with incredible talents like Kumar Sangakarra, Mahela Jayawardene, Lasith Malinga and Sanatha Jayasuriya doing their thing. They don’t have them now.

Proof that the tide is changing is that the last 10 between these two produced six wins for England, two for Sri Lanka and those two no-results. 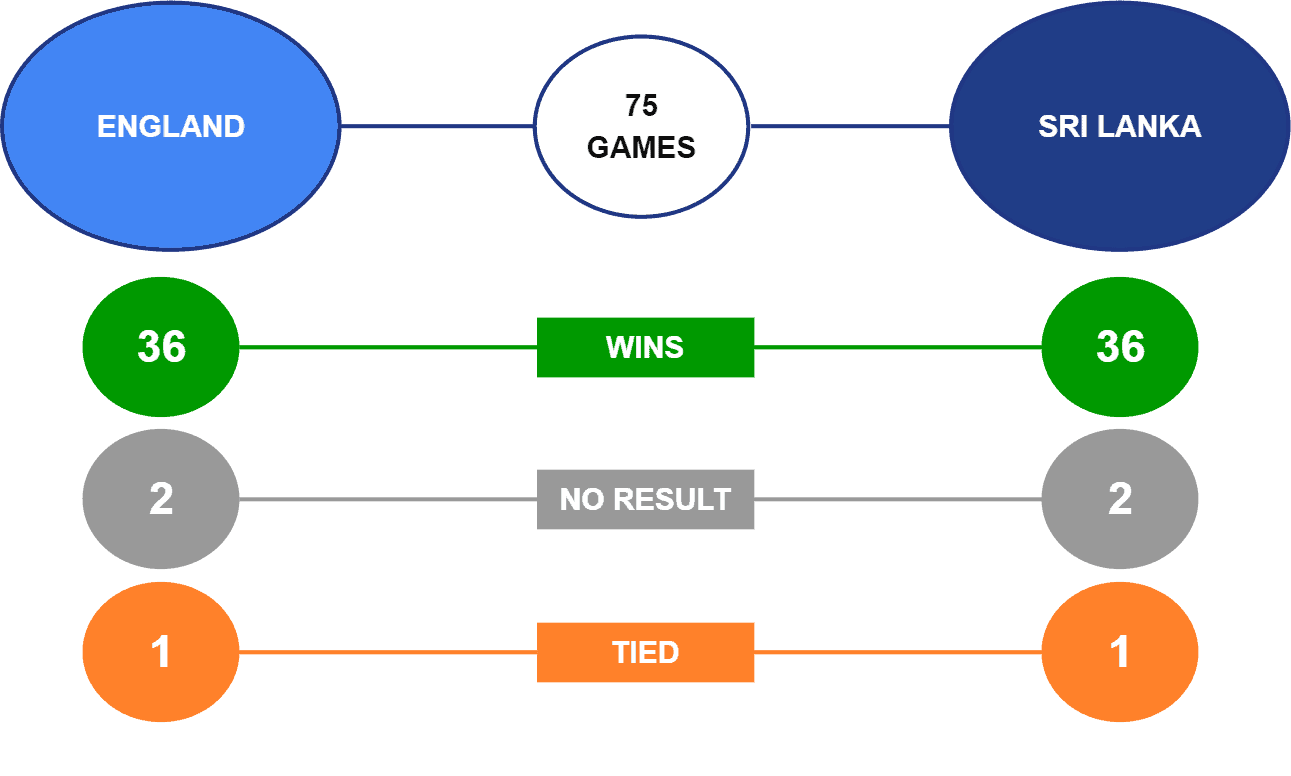 Below are the England v Sri Lanka toss winner statistics across the 75 ODIs they’ve played against each other.

We had a good run of wins by going with Kusal Perera in the T20 series but we’re going to have to switch allegiances here and side with England, as they’ve clearly had the run of the green in ODIs when it comes to the toss.

Recommended Bet: Back no century to be scored in the game @ 2.32 with Pure Win

This is of course where we usually have our tip for the match winner. But we’re not going to.

We simply cannot see a way for Sri Lanka to beat England Over 50 overs in conditions they can’t come to terms with, as big outsiders.

And what’s the point of tipping England at 1.10? We’re not in this business of providing the best cricket betting tips to be predicting that a team who is 1.1 is going to go and win the game.

In the T20 Series we even tried a strategy of trying to get bigger prices on England in live betting than what they were at the start.

First we tried at 1.8, then at 1.5, but such was England’s dominance from start to finish that they never reached those prices during the game.

So we’ll leave the match winner market well alone and instead go with ‘no century’ to be scored at 2.32, instead.

There have been no centuries in any of the last six ODI matches between these two, so that’s a good starting point.

But the angle here is that Sri Lanka could bat first, post just 220-odd with no Lankan player getting a century and then not really giving an England player a chance to get a century in return. At least that’s how we see things.

Recommended bet: Back Adil Rashid to be England Top Bowler @ 4.0 with 10CRIC

Adil Rashid was the one who most impressed among the bowlers in that T20I Series, which is curious because if there’s one type of bowling you would have expected Sri Lanka to play well, it’s spin.

But Rashid is in fine form and will be confident about those performances in the shorter format.

Just as importantly, he’s one of the few bowlers almost certain to bowl his 10 overs.

England could field a few all-rounders who may only bowl 4 or 5 overs while Rashid should bowl all 10, giving him a greater chance of wickets.

England skipper Eoin Morgan has played a remarkable 243 ODIs, though some of those were for Ireland.
Adil Rashid has a strong record of 158 ODI wickets in 109 matches.
Sri Lanka skipper Kusal Perera gets to 50 in ODIs almost one in every five games. He has six centuries and 14 fifties to his name.
England are 4th in the ODI rankings, Sri Lanka are ninth.