We’re at Wembley for this one between the Czech Republic and England, their last Group Stage match of the Euros and a match neither side can afford to lose.

The match kicks off at 00.30 IST on Wednesday, June 23 and sees the top two teams in the Group up against each other and looking to book their places in the Last 16.

There’s a lot of opportunities here for great Euros 2020 betting so get the best Czech Republic vs England betting tips and predictions right here!

I’m about to give you our best tips ahead of today’s Euro 2020 match, including why you should bet on the draw in terms of the match-winner.

You’ll find all the top football betting sites in India to place these bets with great odds too! 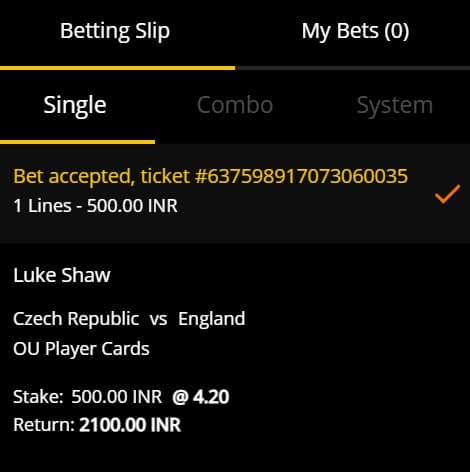 Want daily updates for all football games sent straight to your mobile?

England were poor against Scotland, make no mistake about it.

Yes, if anyone was to have won the game it was them but that’s not saying much. They’re meant to be one of the strongest sides in the world and were up against a team who only has two world class players in Andrew Robertson and Scott McTominay; yet they didn’t actually create that many chances.

Harry Kane has been worryingly quiet and is yet to score in two games. He may even be left out of the starting line-up with Dominic Calvert-Lewin a good possible alternative as a big target man.

But the men everyone wants to see in action are playmaker Jack Grealish and winger Jadon Sancho.

Grealish hasn’t played much and Sancho hasn’t played at all so if they’re to come up with some different strategies to do what they weren’t able to do against Scotland- break down their defence- Grealish’s passing and vision may be exactly what they need.

The Czech Republic are one of the surprise packages of the tournament. Ranked just 40 in the FIFA rankings, not much was expected of them and they’re certainly not that brilliant side from 1996 or 2004 where they were packed with attacking flair and had two great tournaments.

Of course, that isn’t to say they’re world beaters. Beating Scotland shouldn’t be as difficult as England made it out and though they very much deserved that draw against Croatia, it’s not to say they were necessarily the better team.

Star of the show so far has been Patrick Schick, the Bayer Leverkusen striker who has so far scored all three of their goals at the tournament.

That included what has been by far the best goal of the tournament so far, an effort from the halfway line (against Scotland), and the crucial penalty against Croatia which he took.

But equally important is Tomas Soucek, the goalscoring midfielder who plays for West Ham.

He’s been good in winning the ball and doing defensive work but they’d like to see him appear in more attacking positions.

These two have played each other four times over the years so let’s see what’s happened in the past when they’ve gone toe to toe.

When they first played back in 1998 (after Czechoslovakia became the Czech Republic) it was England who won 2-0, a result followed by an entertaining 2-2 draw at Wembley in 2008, where a late, late Joe Cole goal levelled matters for England to secure that draw.

Just over a couple of years ago there was a 5-0 hammering for England that included a Raheem Sterling hat-trick so he’s a player who will be looking forward to this game. Harry Kane also scored a penalty in that match.

But the last time they met, in qualifying for this very tournament, it was the Czech Republic who won, a late Zdenek Ondrasek winner proving the difference. Kane scored a penalty in that game, too. 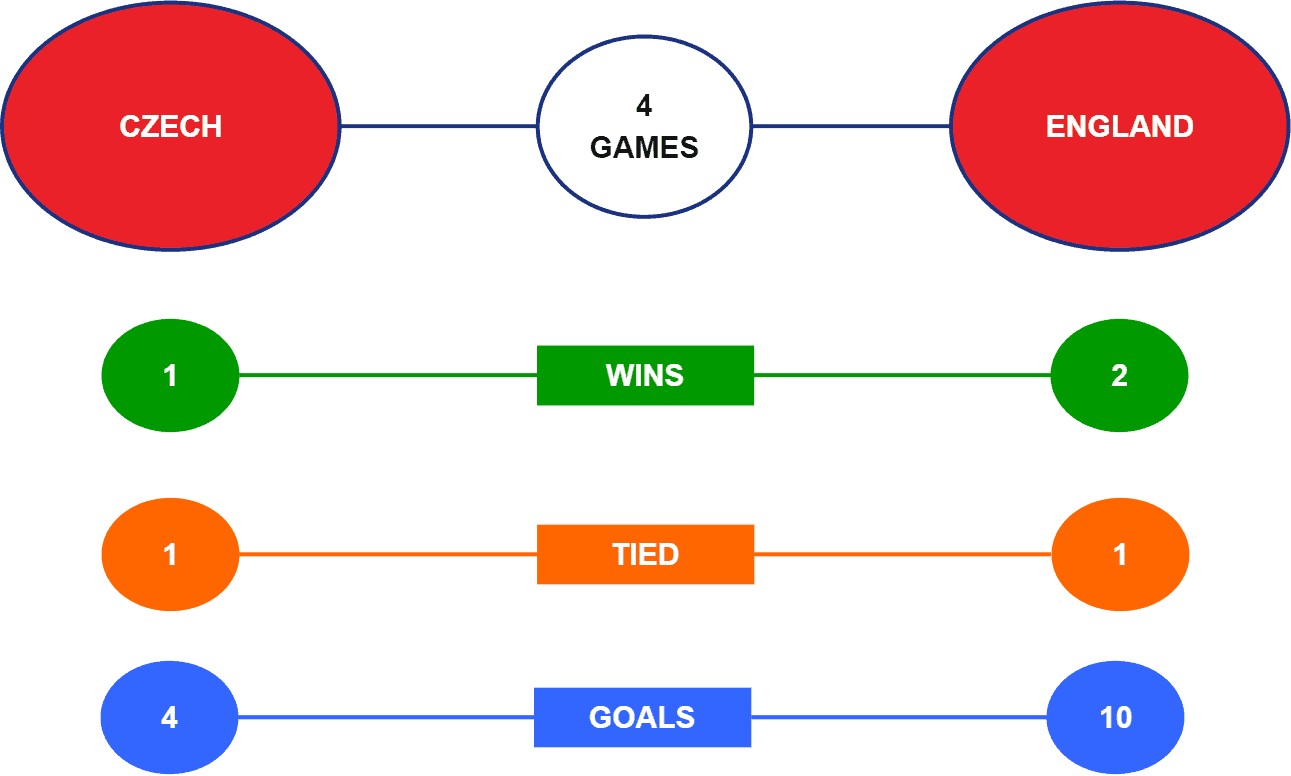 Recommended Bet: Back the draw @ 3.95 with Pure Win

The equation is very simple: if both sides can avoid defeat here, they’ll both go through.

In other words, a draw would suit both teams just fine and if it’s a stalemate after say 70 minutes, why on earth would either side start taking big risks in trying to win the game when they don’t need to? The way the game will probably pan out is that both teams may be ambitious during the first half but as they realise the situation, they’ll be pragmatic about things.

The record books show they’ve been quite well matched over the years anyway and even though home advantage gives England an edge, they didn’t make best use of it against Scotland.

Either way, the draw makes far more appeal than the England win, which looks too short at just 1.52.

England have been sluggish so far, especially in the first half of games.

They needed a second-half Sterling winner to beat Croatia and as we know, didn’t score at all against Scotland.

Add the pressure of the situation to the equation and the fact that as we said already, England don’t need to take unnecessary risks, and you can see why this could be a slow-burner.

And there’s a good chance that it could be goalless at the break, or at least that England don’t score. So 1.8 is a decent price on England not scoring in the first 45 minutes.

Recommended Bet: Luke Shaw to be shown a yellow card @ 4.2 with 10CRIC

Luke Shaw had a good game against Scotland and the smart money is on him featuring here again. He’s far more experienced at this level than Ben Chillwell, while Kieran Trippier isn’t a natural left-back, despite playing there in the first game.

But Shaw is no angel and has quite a poor disciplinary record. In 50 games he played for club and country last season, he got booked on 13 occasions, which is pretty high.

Ref Arturo Soares Dias of Portugal is a pretty strict official so it would be no surprise if Shaw’s name is taken down.

Here are some interesting stats ahead of the big game just to round things off.

Harry Kane has scored in each of his appearances against the Czech Republic; both were penalties.
England have kept clean sheets in all of their last four matches.
Patrick Schlick has 14 goals in 28 games for the Czech Republic, exactly a goal every other game.
V Coufal and Tomas Soucek of the Czech Republic plus Declan Rice of England, all play for West Ham.
The Czech Republic scored from their only effort on target against Croatia.