England will welcome Scotland in their second Group D match of the European Championships 2020.

England are off to a winning start in a bid to win their first UEFA Euro Cup, courtesy of a 1-0 win over Croatia in the opener.

As for their northern neighbours, they had the misfortune of suffering a 2-0 defeat to the Czech Republic on their home turf in Glasgow.

Given the superior squad quality and the overall form of the hosts here, Gareth Southgate’s men look all set to book their playoffs seat with a win over Scotland. 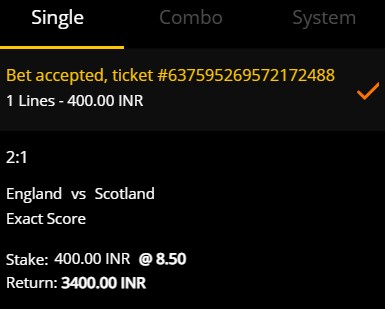 England may have gotten the job done against Croatia but they weren’t particularly phenomenal in the match. The game was pretty even against the Croats, with almost 50% possession and eight total shots each.

But owing to an uninspired attack from the visitors, England managed to capitalise with a strike from Raheem Sterling in the 57th minute.

That said, a win is a win and should they manage to achieve a similar result against their Scottish neighbours, they will be through to the next round. More than that, it takes the pressure off the boys to perform in the game against the Czech Republic.

The Three Lions are now on a seven-match winning streak ranging across international friendlies and the 2022 World Cup qualification. They have won their last three matches with the exact score of 1-0 while displaying exceptional defensive prowess.

Semifinalists in the last World Cup, England are looking good to have another deep run, this time in the Euros.

Steve Clarke’s Scotland will be under pressure here to pick up a win if they want to stay alive in the summer tournament. But it will be a daunting task for the lads to beat a team that has lost just one match in their last nine.

But that is not to say they won’t put up a fight. In that 2-0 defeat against the Czech Republic, Scotland were the better side in terms of possession and total shots taken. It just that the Narodak were propelled to win by the individual brilliance of Patrik Schick, who scored the brace for the visitors.

It is also a matter of pride for Scotland to perform well here – after all, they are competing in their first major tournament since the 1998 World Cup. As for their stint in the Euros, it is their first such appearance since the 1996 edition – Scotland shared the group with England back then too.

Even though the Scots have just lost their first match in 2021, they have picked up just two wins in the five played – a 4-0 win over the Faroe Islands and a 1-0 win against Luxembourg.

The rivalry between England-Scotland is the oldest one in international football. While it has been neck and neck overall, England have dominated the fixture over the last few decades.

Case in point, Scotland have picked up just one win in their last 10 meetings against their English opponents. 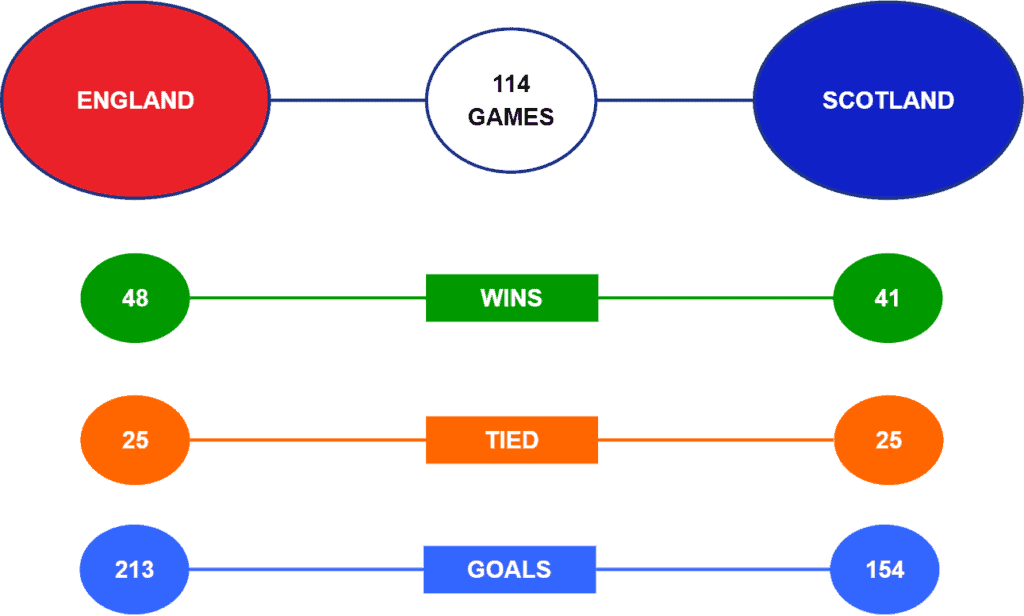 The two teams played their first match on November 30, 1872. The game ended in a goalless draw
England have conceded just one goal in their last seven matches in all competitions
The last time these two teams met at Wembley, England emerged as the winners with 3-0
This is their first meeting in a major tournament since the Euro 1996 Group A game, where England won 2-0

Recommended Bet: Back England to win @ 1.33 with Casumo

England have the home advantage and a significantly stronger squad to play with. Plus, they have not lost to Scotland often in the last several years and it is quite unlikely for it to happen now, especially when they are in such a fine form.

However, Southgate can expect heavy resistance and a solid fight from their familiar foe.

Scotland will push for a draw at the very least so they can take their chances against Croatia. Meanwhile, England will look to get the job done here and avoid leaving things open until the end.

Expect a good game of football where England have better chances of coming through as the victors.

Recommended Bet: Kane to be anytime goalscorer @ 1.72 with Betway

Kane is the leading goalscorer in the squad right now and expectations will be high from him to deliver the winning touch. He has had a fine domestic season and will more than likely play a fair number of minutes in Friday’s match.

Additionally, Kane scored against Scotland in their last international meeting between the two teams back in 2017.

Granted that the Three Lions haven’t had that many high-scoring games of late (just one of their last five matches saw over 2.5 goals), but that may very well change against Scotland.

The Scots were not bad at all against the Czech Republic; it was just not their day. If they keep up the same tempo, there is no reason why they can’t score a goal at least.