After the best Switzerland v Spain predictions? Course you are. Thankfully, that’s exactly what I have for you. I also have the latest team news, stats and analysis of the Switzerland v Spain betting odds ahead of the game, a crucial quarter-final at the Euros.

It takes place on Friday, July 2 in Saint Petersburg, Russia, kicking off at 9.30 PM IST.

So on to today’s Euros match and the top Switzerland v Spain betting predictions. I’m about to tell you why I think Spain will win the game but by the narrowest of margins…one goal.

HOT BET! Cesar Azpilicueta to be shown a card
5.5
10CRIC 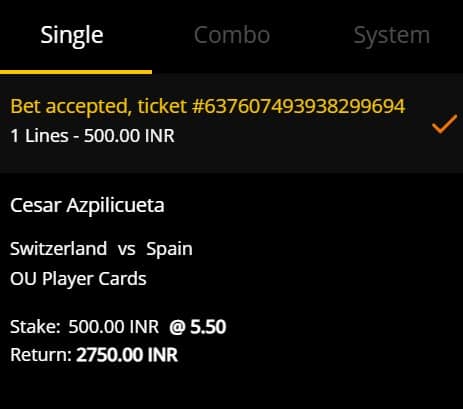 Were Spain excellent in beating Croatia 5-3 because they scored five against a good side and kept their cool in extra time?

Or were they sloppy in conceding three and worse still, allowing Croatia to recover from 3-1 down to draw 3-3?

That’s for you to decide but suffice to say we saw both the best and worst from Spain in that game.

It was a rather strange decision to leave skipper Jordi Alba out of the last game at left-back so he might be recalled here.

But Fernan Torres had a good game which included scoring the third goal and Alvaro Moarata was just about the best player on the pitch. So those two should play in attack again.

It’s a bit of a cliche to say this but Switzerland have already done remarkably well to get this far.

They’re almost always one of those sides who looks difficult to beat but doesn’t really have much about them.

But things could be a bit different this time round. They have plenty of experience within the team with Granit Xhaka on 92 caps, Xerdan Shaqiri on 89 and defender Ricardo Rodriguez on 79. Xhaka misses out with a suspension and that;s a big blow.

It’s not just about how far they’ve got, it’s about who they beat: France. They’ve already done the whole tournament a massive favour by knocking out the favourites and now it’s a case of seeing just how far they can go.

It would be no surprise if they play the same eleven here again.

These two have faced each other six times, the first meeting taking place all the way back in 1966. Switzerland caused an almighty shock when they beat Spain at the 2010 World Cup during the Group Stages but then again, Spain went on to win the tournament anyway.

But things are remarkably tight between these two of late. After that Swiss win, there was a 1-0 win for Spain in the Nations League last year and two draws, both 1-1. So overall it’s one win for the Swiss, three for Spain and two draws. 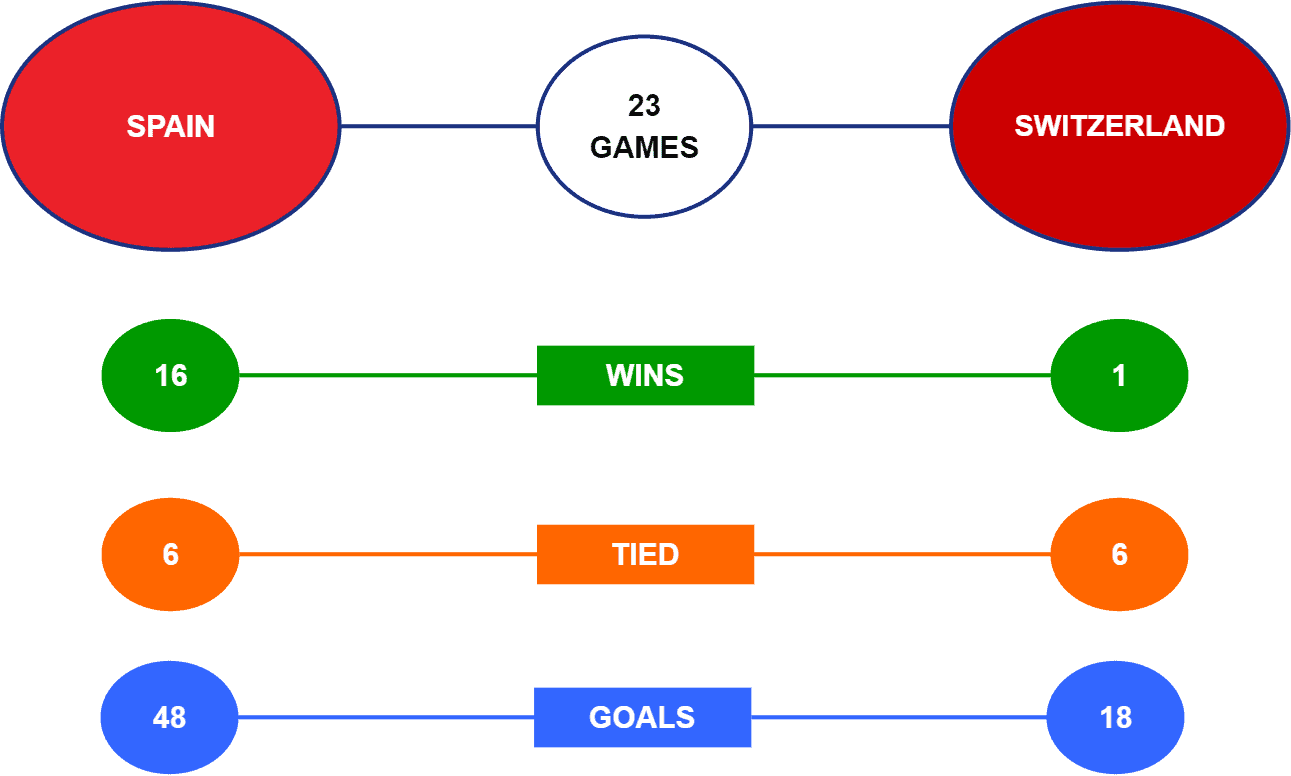 Time for the first of our Switzerland v Spain betting tips.

Spain are 1.6 to win the game and there are good reasons for that. They’re ranked higher, have a better squad, have won far more tournaments and are ahead on the head-to-head.

But we can do better than just going with the favourites at a relatively short price.

That’s because we can take the 3.05 that Spain win by exactly one goal. Two of the three wins Spain have secured over the Swiss over the years were just by one goal.

In a game where there doesn’t look to be that much between the and where Switzerland have shown excellent fighting spirit, that’s very much the way to go.

Recommended Bet: Back Alvaro Moarat to score @ 2.5 with 10CRIC

Alvaro Morata is one of those players who doesn’t seem to enjoy much love wherever he goes. And just look at where he’s been. It almost reads like a who’s who of top European clubs: Real Madrid (twice), Juventus (twice), Chelsea and Atletico Madrid.

People can say what they like about him but there;s a reason why he’s been at all those top clubs and why they’re still prepared to pay a lot of money for him.

And his record in scoring has been strong everywhere he’s been. For Spain it’s 21 in 44 games, which is superb.

He scored last time out, looks sharp and is a decent price to get another.

Cesar Azpilicueta to be shown a card

Recommended Bet: Back Cesar Azpilicueta to be carded @ 5.5 with 10CRIC

Cesar Azpilcueta has had a decent run in the team after not playing at Chelsea much for the first half of the season.

He scored a crucial goal against Croatia and has been looking confident, in good shape and very much up for it.

But he also looks like a decent bet to get a card. He got seven yellows and a straight red in 45 matches played last season for club and country and in a tense game, could find himself in the ref’s notebook.

All of the last four games between these two have gone under 2.5 goals.
Sergi Busquets is the only player on the pitch with 100+ caps. He’s played for Spain 122 times.
Other than Morata, no Spanish player has 10 goals for their country.
Switzerland have scored in 12 of their last 13 games, only missing out against Italy earlier in the tournament.