Tournament favourites England will face Ukraine in the quarterfinal of the European Championships 2020.

England are rallying into the quarters after a stunning victory over the European giants Germany. Ukraine, meanwhile, upset Sweden with a winner in the closing minutes of the extra time.

Between the two teams, there is no doubt as to who will start as the favourites. England are superior in every aspect – rankings, player quality, and recent form.

Expect the English lads to sail comfortably into the semis of the UEFA Euro Cup 2020. 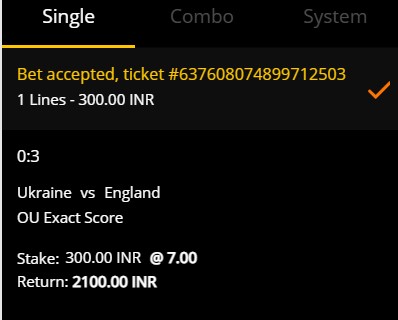 Ukraine have done the impossible in Euros by making it to the quarterfinals for the first time in their history. Up until 2008, they could barely qualify for the tournament while in the last two editions, they were beaten in the group stages.

But this time around, thanks to an outfit inspired by Andriy Yarmolenko, they managed to beat Sweden 2-1 in extra time in the Round of 16 to register this historic win.

The Zbirna had Sweden to thank as it was their sinking of Poland that ensured Ukraine to finish as one of the four best third-placed teams in the Euros. But they didn’t hold back in the match against the Scandinavians – at 1-1, the game was heading for penalties when the substitute Artem Dovbyk scored a header in the 121st minute to shatter the Swedish dream.

Having picked up just three points in the group stage – courtesy of a 2-1 win over North Macedonia, Ukraine haven’t had the best of the campaign in Euros.

But it doesn’t matter – Andriy Shevchenko has managed to lead the team through to this round and they will now need to bring their best foot forward.

England have achieved the seemingly daunting task of beating mighty Germany and knocking them out of the European Championship. The Three Lions hosted the Germans at Wembley and beat them 2-0 to progress to the quarterfinal and bring a rather disappointing end to Joachim Low’s long tenure as the Germany manager.

Raheem Sterling broke the deadlock in the 75th minute before Harry Kane scored his first goal of the tournament to finally seal the victory.

With that clean sheet win, England are yet to concede in Euros 2020 and have gone unbeaten in the four matches played so far. And now with Germany out of the way – unarguably the trickiest opponent in their bracket – their path to the final is all but clear. All that remains are the likes of Ukraine and Denmark/Czech Republic – a relatively comfortable challenge that this current English team is well-equipped to overcome.

England are now primed for a second consecutive semifinal appearance at a major tournament, following their similar run in the 2018 World Cup. Gareth Southgate is ushering the lads (and the nation) to a new era of international football where they are sound – in defence and attack.

This is a side that has gone unbeaten in 2021 without conceding a single goal in the majority of those – it is hard to imagine them break this streak against an erratic Ukraine.

The two sides have met just seven times and not so surprisingly, England lead 4-1 with two games ending in a draw.

They last met in the World Cup qualifier in 2013 which ended in a goalless draw. 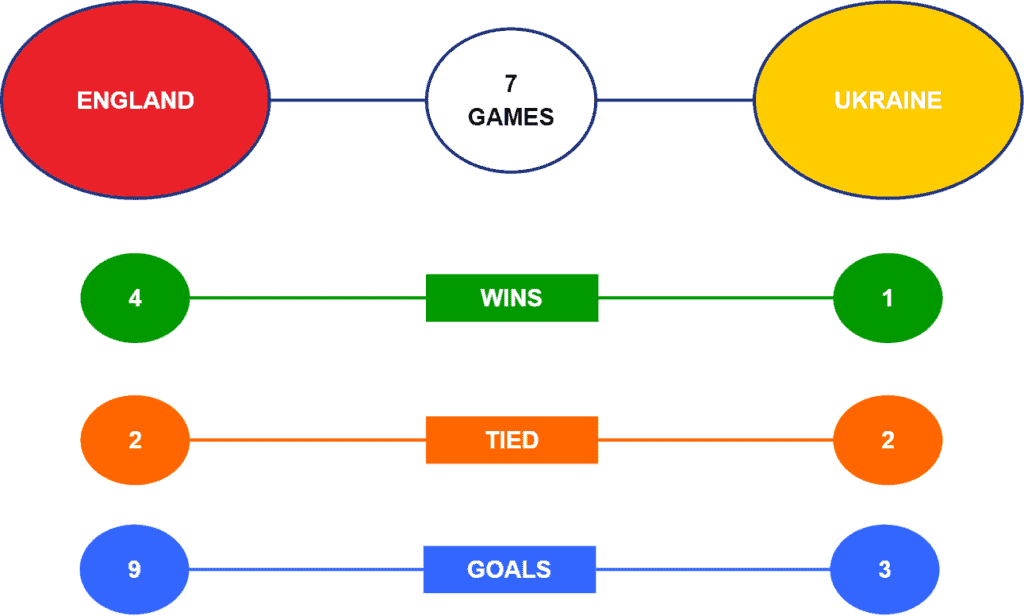 Recommended Bet: Back England to win @ 1.43 with Casumo

It would be the upset of the year if Ukraine manage to pull this off but the chances of that happening are quite unlikely. In many ways, Ukraine may have fluked their way into the quarters, especially given their defeats in the group stage.

On paper and in practice, England are looking much better than their adversaries. If anything, this kind of a run has been long in the making for Southgate’s team. As mentioned earlier, their path to the final is practically clear and all that’s needed of them is to continue what they are doing.

Recommended Bet: Kane to be anytime goalscorer @ 1.85 with Betway

England’s captain Harry Kane finally found his rhythm in the European Championship with a beautiful winner against Germany. This game against Ukraine ought to serve as a good practice run for him to get another goal under his belt, ahead of a possible semifinal.

While it will be quite difficult for Ukraine to break the English defence, it wouldn’t be surprising if they manage to find an odd goal in the match. That said, we can expect most of the goals to come from the heavy favourites, particularly when they are fielding a strong attack comprising Sterling and Kane.