England and Germany will renew their football rivalry when they lock horns in the Round of 16 of the European Championship 2020.

This is a big fixture that is definitely worthy of being a final in itself. The two teams have got quite an incredible history, including their meetings in the World Cup semifinal and Euro semifinal backs in the 1990s.

But for this game, the past meetings are not likely to serve as a precedent. If anything, England will look to write a new chapter when they take on a vulnerable, shaky, and inconsistent Germany.

This being a game at the Wembley Stadium where the hosts are unbeaten this year, we are inclined to go with them as the favourites to win the match. 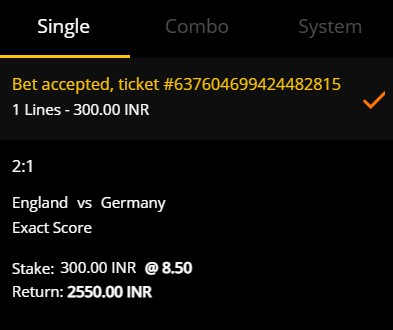 The Three Lions topped Group D in the Euro 2020 with seven points and zero defeats. The 1-0 win over Croatia in the opener was followed by a goalless draw against Scotland and a 1-0 win against the Czech Republic in the final group game.

These results also mean that they were the only other team than Italy to reach the knockouts without conceding a single goal.

Gareth Southgate’s men are now on a nine-match unbeaten streak and more impressively, they have conceded only one goal across all these international games. Since reaching the semifinal in the 2018 FIFA World Cup, England have done well to reinvent themselves on the international stage and build a formidable team.

That said, the lack of goalscoring form may be a concern for the boys here, despite an abundance of firepower in the attacking line.

Case in point, four of their last five victories have come with a score of 1-0. While that may have been enough to get the job done so far, they will need to bring something more to the table when they take on Europe’s mightiest on Tuesday.

Raheem Sterling has been in fine form, scoring both the winners in the European Championships this season. Harry Kane is yet to fire but if there was a time for him to reignite, now would be it.

Plus, they are playing this game at Wembley with a huge home advantage. It worked well for them in the group stage and English fans will definitely support the lads in full numbers when they take on Germany too.

Die Mannschaft are far from the formidable team they once were, especially in the 2014 World Cup where they stormed to win the title.

Over the last couple of years, their form has taken a sharp hit comprising a group stage exit in the last World Cup and a similar exit in the UEFA Nations League. Going by the look of their recent results, teams can smell blood and can make life very difficult for the German opponents.

In the group of death here in the Euros, they finished at second place but it was an absolute slogfest by Joachim Low’s men. After a 1-0 loss to France in the opener, they pulled themselves back with a 4-2 win over Portugal (two own goals helped their cause). In the final group game against Hungary, Leon Goretzka was the hero as he scored in the final 10 minutes of the match to draw 2-2 and secure a berth into the knockouts.

This being Low’s last dance with the German National Team, he will be hoping to end the tournament on a high note and finally win the European Championship – something that has eluded him since he took over the managerial role in 2006.

But their track record in Euros isn’t that bad – runners-up in 2008 and back to back semifinal appearances in ’12 and ’16.

This time around, however, it will be difficult for the four-time World Champions to repeat such a feat. This is a side that lost to Spain 6-0 just last November and since then, they have conceded at least one goal in six of their last eight games.

The two football giants have always been neck and neck with each other. Only four of their last 32 meetings have ended in a draw with Germany leading England by 15-13.

Their last four encounters have been international friendlies – Germany won two of those while ended in a draw and the other ended in a win for England. 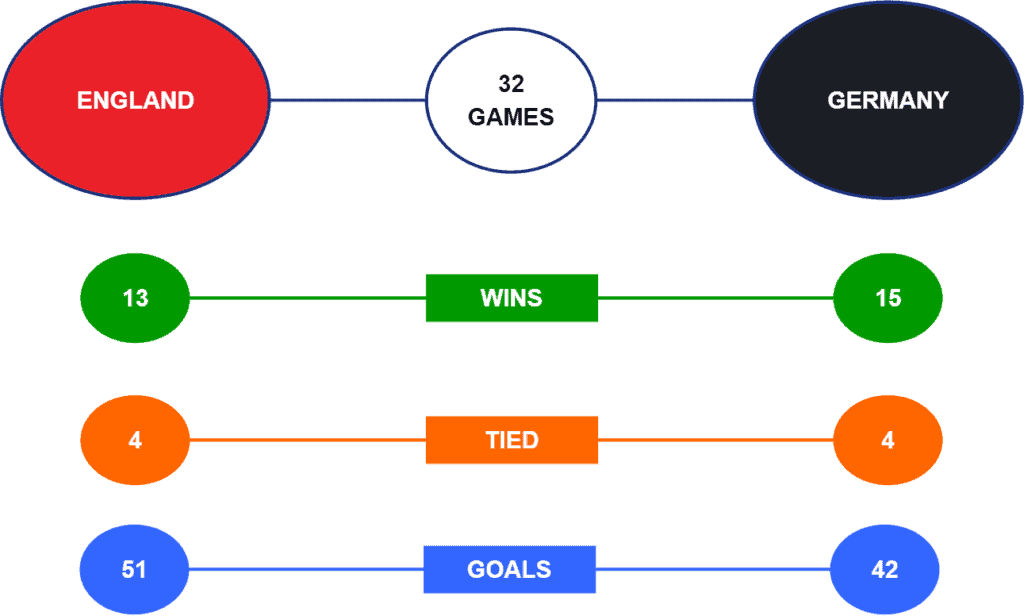 This is the first meeting between the two sides since November 2017
The two sides have also met at Wembley in the 1996 Euro Cup Semifinals. Germany progressed to the final on penalties after Gareth Southgate missed a crucial spot-kick for the hosts
Their last big match took place in the Round of 16 of the 2014 World Cup. Germany won that game 4-1
England have kept a clean sheet in their last six Euro matches
Germany have conceded at least one goal in their last six international games

Recommended Bet: Back England to qualify @ 1.80 with Casumo

We are not saying that this match will be an easy one for England, but given their recent form, they should be positive about their chances of upsetting the Germans and reaching the next round.

After all, the hosts have been far more clinical and impressive in their performance at the Euros while Germany have slogged through to the Round of 16. With gaping holes in the defence, they will need to be cautious when they take on the confident-looking England team.

And lastly, there is the matter of home advantage and pride for England. They have got a chance here to avenge that semifinal loss 25 years ago with Southgate serving as the common denominator.

In other words, the conditions are primed for England to win but don’t be surprised if this goes into extra time.

Recommended Bet: Kane to be anytime goalscorer @ 2.40 with Betway

Kane has had a muted spell in the Euro Cup so far but expectations remain high from the England skipper to perform. This being a huge game of massive importance, we can expect the Tottenham Hotspur forward to step up and do his part to take his team forward.

In their recent history, there have not been that many matches where the number of goals scored in an England-Germany game have been under 2.5.

The chances of that happening are quite less this time around too, especially seeing that the German forwards have shown a tendency to score goals and carry the attack forward in the tournament. Plus, playing defensively is not a suitable option for England – it is hard to imagine them fend German attacks for the entirety of the match.

All in all, this match may see over 2.5 goals with both teams to score.