France will look to find their form when they take on Switzerland in the European Championship Round of 16.

There is no doubt that France will start as the favourites here but if you are a person who likes to bet on the underdogs, Switzerland will offer good value.

The Frenchmen survived threats from Portugal and Hungary but not before exposing some flaws in their defence. The Swiss, meanwhile, pulled through with a third-place finish but seeing France’s shaky campaign so far, they will fancy their chances.

Expect an entertaining game of football, one where France have the upper hand in terms of overall form and player superiority. 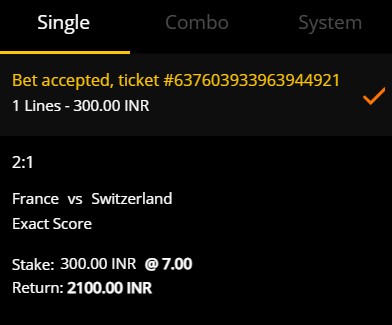 France, placed with Germany, Portugal, and Hungary, started as the favourites to win the group of death, Group F. As expected, they topped the group and qualified for the knockouts – however, it wasn’t an easy feat for the reigning world champions to get this done.

After beating Germany in the opener by 1-0 (own goal from Mats Hummels), the Frenchmen drew 1-1 against a very determined Hungary. That game saw Antoinne Griezmann score the equalisier.

In the final group game, they played Portugal and the end result was an entertaining 2-2 draw with Cristiano Ronaldo and Karim Benzema scoring the two goals for their teams.

Didier Deschamps may not have anticipated this kind of a slogfest and Switzerland, observing them, will eye an upset of epic proportions in Bucharest. Kylian Mbappe is yet to fire on all cylinders while their last two matches have left some questions to be addressed in the defence.

On the whole, however, France are superior to their Swiss adversaries. Since winning the World Cup in 2018, Les Blues have lost just three matches – the most recent of which was a friendly game in late 2020.

Switzerland’s prospects of reaching the knockouts were wide open until the last Group A game. With a 1-1 draw against Wales in the opener and a 3-0 rout to Italy, they faced a must-win game with Turkey.

Xherdan Shaqiri inspired the Swiss to beat their Turkish opponents by 3-1 and secure a passage into the Round of 16, based on a superior finish among the third-placed teams in the group stage. Shaqiri scored a brace and set up the opening goal in that Turkey match.

While it wasn’t the most clinical of the performances, the job is done and they are through to the Round of 16 for the second time in their European Championship history. However, they have never made it past this stage.

But a pretty flawless run in 2021 (one loss in eight played) and France’s shaky form should provide them ample inspiration to give their 100% and do the impossible.

Most recently, they met in Euros 2016 where the game ended in a goalless draw. Before that, they clashed in the 2014 World Cup – France won that match 5-2. 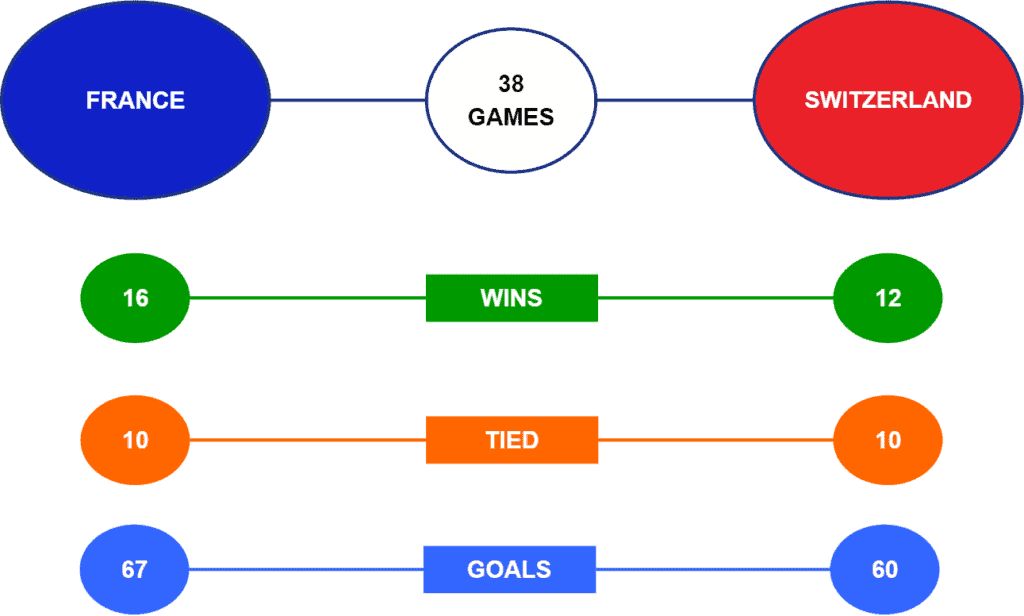 Recommended Bet: Back France to win @ 1.55 with Casumo

If France play their cards right, then this game against Swiss may just give them the chance to build some form and momentum ahead of the quarterfinals.

But that may be a bit difficult – Les Blues have been on the back foot so far and additional pressure from Shaqiri-inspired Switzerland may make things worse for them. Plus, with no Lucas Digne on the left-back, there is some room for the Swiss to explore and attack.

That said, like for like, France have a fairly superior playing XI than Switzerland’s. Expect a close game of football where France should ultimately come out on the top.

Karim Benzema to be Anytime Goalscorer

Recommended Bet: Benzema to be anytime goalscorer @ 2.50 with Betway

Karim Benzema found his stride in the match against Portugal and expectations will be high from him to deliver once again, especially with Mbappe yet to click.

Plus, in France’s last win over Switzerland in the 2014 World Cup, Benzema scored a goal in that 5-2 win. Given all these facts, there is no reason why he cannot replicate that form again.

This match will either see a few goals from France alone or Swiss scoring an odd goal and then France catching up to win the game.

Whatever may be the case, we can expect over 2.5 goals in this affair, especially with Switzerland looking confident in the attack right now.