The Netherlands will play the Czech Republic in the 2020 European Championship Round of 16.

Before we get started, be sure to check out our leading online football betting sites in India where you will find great odds and diverse markets.

The Netherlands exceeded expectations in the group stage with a start second only to Italy’s. Meanwhile, the Czech Republic held their own against sides like Scotland and Croatia to reach the round of 16 with a superior third-place finish than other teams.

All said and done, the Flying Dutchmen will start as the favourites on account of their superior squad, form, and overall momentum.

Wijnaldum to be anytime goalscorer
3.30
Betway 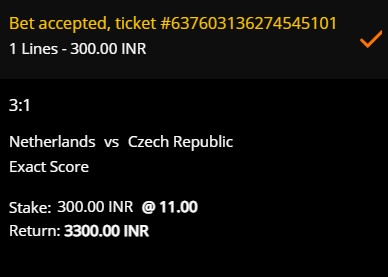 After failing to qualify for the 2016 Euros and the 2018 World Cup, the Oranje are back in a big way and this time around, they mean serious business.

Under Frank de Boer, the team has delivered a flawless start to their Euro 2020 campaign with a perfect nine points from three matches. They beat Ukraine 3-2 and followed it with 2-0 and 3-0 wins over Austria and North Macedonia respectively.

In fact, Netherlands have lost just two matches under de Boer in the 14 matches and counting he has managed the side since September 2020.

The last time Netherlands finished a Euro group table with nine points, they moved on to reach the semis (2000 edition). Interestingly, Frank de Boer also managed the team back then but as a captain on the pitch.

Coming to the present, Memphis Depay and Georginio Wijnaldum have been instrumental in leading the attacking charge for the Dutch as the duo find themselves among the leading goalscorers in the Euro right now.

The Netherlands also had a decent campaign in the Euro qualifiers with just one defeat in eight qualifying games. All things considered, they are looking really good, well-composed, and primed to reach the quarters.

1976 European Championship winners (a feat they achieved as Czechoslovakia), the Lokomotiva have reached the quarterfinal and beyond just twice in the last five Euros. Their best run came in 2004 when they beat Denmark in the knockouts to reach the semis, before losing to Greece on penalties.

In 2012, they reached the knockouts once again but lost their first game there to Portugal by 1-0.

Since then, it has been a slow climb for the Czech Republic in the football rankings, seeing that they also missed out on the last four World Cups.

However, in Euro 2020, they have shown some promise as they beat Scotland 2-0 and drew Croatia 1-1, thanks to the heroics of the 25-year-old Bayer Leverkusen striker Patrik Schick.

Despite losing to England 1-0 in the final group game, they had good enough of a third-place finish to reach the knockouts.

Having scored all three goals for the side, expectations will be high from Schick to inspire and deliver against the mighty Dutchmen too. That is a tall order, given the attacking depth and defensive superiority of their opponents.

Czech Republic hold an advantage in the head to head tally, having won by five times out of the 11 encounters they have had. The remaining games are split between three Dutch victories and three draws.

They last met in the 2016 Euro qualifiers with the Czech winning both legs of the fixture on 5-3 aggregate. 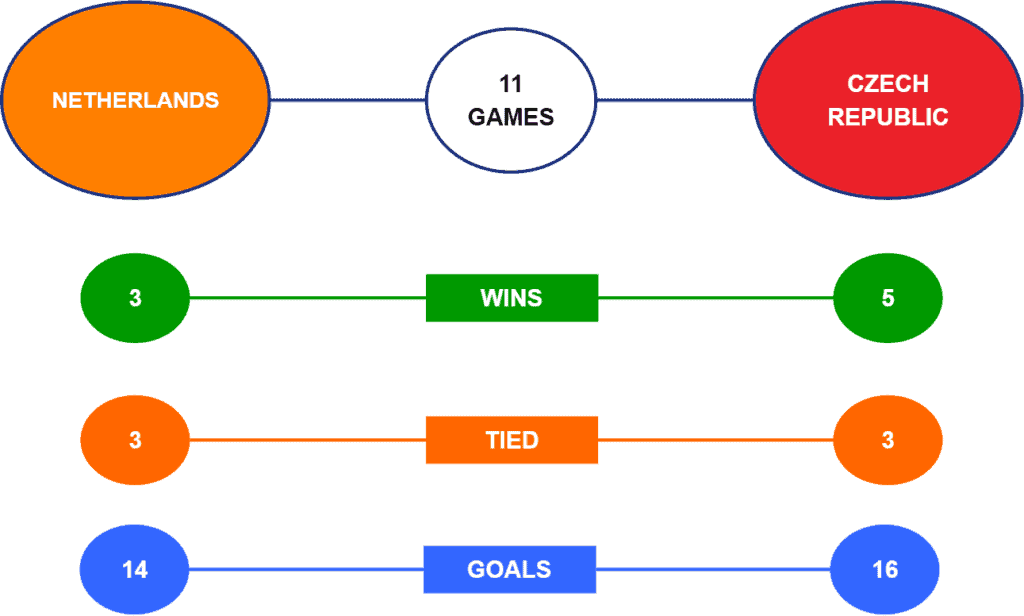 Recommended Bet: Back Netherlands to win @ 1.66 with Casumo

At the moment, the Netherlands are playing the kind of football that took them to three World Cup finals and four Euro semifinals. But following a few years of shoddy, unimpressive performances from the side, they are now set for a huge resurgence to the football scene.

With a strong attack and strong defence, they will face a team whose only victories of the year have come against teams like Scotland, Albania, and Estonia. Plus, Italy beat the Czech Republic 4-0 in the pre-tournament friendly – something that the Dutchmen can definitely replicate here.

That said, Schick has stepped up to inspire the team and get them through. The onus will be on him to lead the charge but it is unlikely for him and his team to put an end to the menacing, imperious campaign of the Netherlands.

Wijnaldum to be Anytime Goalscorer

Recommended Bet: Wijnaldum to be anytime goalscorer @ 3.30 with Betway

Georginio Wijnaldum has been in fine form for the Netherlands in the Euro 2020 with three goals under his belt.

He is more than likely to start in this game and with support from the likes of Depay and Weghorst, the former Liverpool midfield will find plenty of chances to score in this match as well.

Boasting a dangerous attack, the Netherlands are in store for a good goalscoring game. After all, they have scored at least two goals in their last 10 matches – chances are they will do so against the Czech Republic too.

The question only remains whether the Czechs can do something similar. This being a knockout and with stakes so high, it wouldn’t be surprising if they manage to put one past the Dutch defence.