Sweden will look to seal their quarterfinal berth when they face Ukraine in the European Championship Round of 16.

Sweden will consider themselves a bit fortunate, seeing that they are playing a team that has never made it past the group stage in the UEFA Euro Cup.

They will undoubtedly start this match as the favourites to win on the heels of their top-place finish in the group stage and overall squad and form superiority. 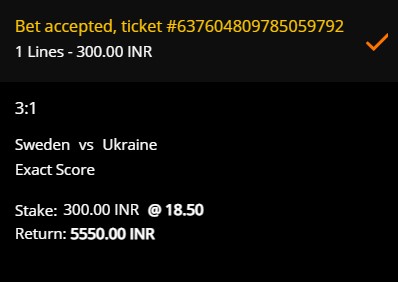 Sweden topped Group E after a late-winner against Poland (3-2 full time), courtesy of Viktor Claesson. They are yet to lose a match in Euros so far, with their results comprising a well-deserved goalless draw against Spain and a 1-0 win over Slovakia.

Janne Anderson’s men are also unbeaten in 2021, winning seven of their eight games so far. Defensively, they have been just as resolute having conceded in just two games this calendar year. Plus, this is a team capable of surprises having reached the quarterfinals in the last World Cup.

Their record in the Euros, however, isn’t that great. In the last three editions, they never made it past the group stage, making this the first time that they reached the knockouts since 2004. But this time, being placed on the slightly less competitive side of the draw, they will fancy their chances against Ukraine.

Emil Fosberg is the leading goalscorer for the team in the tournament with three goals in three appearances. Expectations will be high from him to continue playing in the same vein.

Ukraine qualified for the knockouts as one of the four third-placed teams in the Euro Group Stage (they were the fourth-best in the rankings). Placed in Group C with the likes of Netherlands, Austria, and North Macedonia, they picked up just one win while losing the remaining two games.

A 3-2 loss to the Dutchmen and a 1-0 loss to Austria meant a low goal difference but a 2-1 win over Macedonia sandwiched in the middle was enough to keep their prospects alive. But what got them through was Sweden’s late win over Poland last week.

Ukraine have never made it this far in the history of the European Championships, barring the Soviet Era when they played as the Soviet Union. Since independence, they have lost right in the group stages, making this upcoming fixture a historic one.

Andriy Shevchenko will look at Yarmolenko and Yaremchuk for some spark on the goals front but given the pedigree and overall superiority of their Swedish counterparts, it will be a tough task for them to get the job done.

The two teams have met just four times and Ukraine, so far, have enjoyed the better of that fixture. They last met in the European Championship 2012 where the Zbrina won the match 2-1.

Shevchenko – Ukraine’s current manager – scored both the goals in that match. 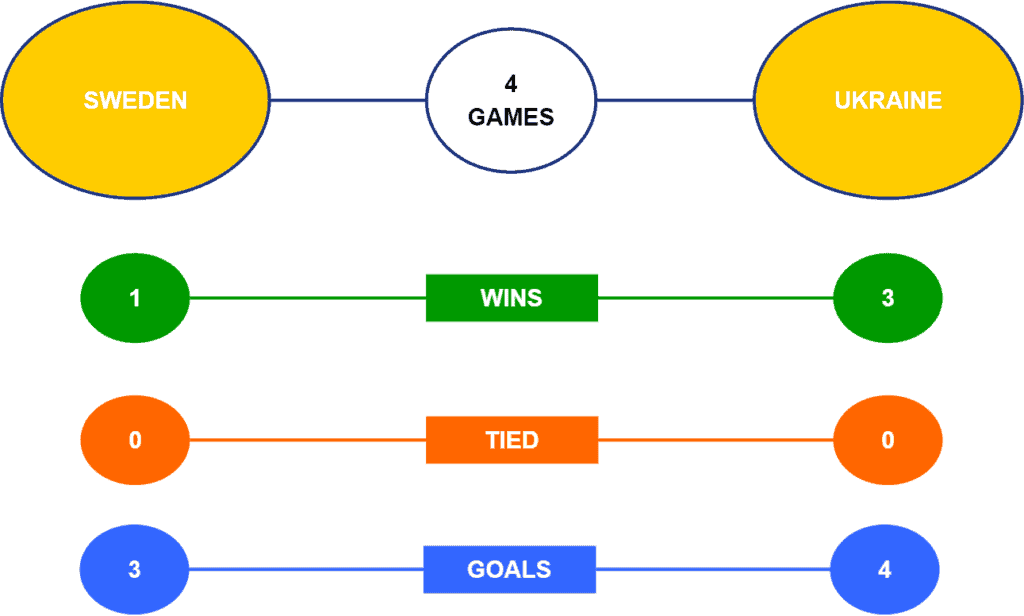 Recommended Bet: Back Sweden to win @ 2.38 with Casumo

Sweden make for the far obvious bet here and we can expect them to wrap up this match without heading into extra time. There is no doubt that Ukraine pose a definite threat – they did give the Netherlands a run for their money in the five-goal thriller in the opener.

However, they are far too inconsistent and backing them to win the game here is a bit of a stretch. But that isn’t to say that they won’t put up a solid fight.

Ultimately, the Blagult ought to come out on the top as the winners, given their comparatively proficient squad and consistency.

Emil Forsberg to be Anytime Goalscorer

Recommended Bet: Forsberg to be anytime goalscorer @ 4.33 with Betway

Forsberg has led the charge in the goals department and he will continue to do so if given the chance.

He is a definite starter for this Ukraine game and the onus will be on him to open the attack and take the Swedes through to the next round.

Ukraine have sufficient talent in their ranks to exploit a weakness or two in the Swedish defence. While we can expect them to score an odd goal, it may be difficult for them to overcome the resolute Swedes and walk away with a win.

This fixture has all the makings of being an affair that will see goals from both sides, exceeding 2.5 in total.