Spain will play host to Sweden in their opening Group E match of the UEFA European Championship 2020.

Spain will start as the favourite for this match but it would not be surprising if it turns into a slogfest.

La Roja will be without the services of the veteran midfielder Sergio Busquets and possibly, Diego Llorente in defence, both of whom tested positive for coronavirus in the build-up matches.

As for the Swedes, they will look to maintain their winning run in 2021 although, beating the Spaniards on their home turf may be tricky. Plus, they have not made it past the group stage in the Euros since 2004. 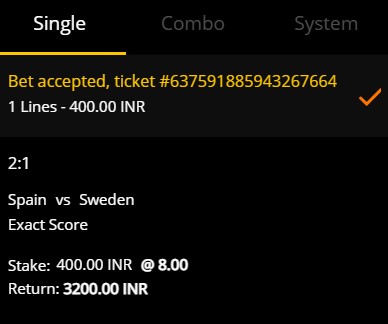 Spain will look to become the most successful team in the Euro Cup history when they begin their campaign on Monday. Having won the tournament thrice (two of which came back to back in 2008 and 2012), they are now hunting for a fourth crown.

On an international level, La Roja have taken a slight hit in their form with early exits in the last two World Cups and a Round of 16 defeat in the Euro 2016.

To make matters a bit more complicated for them, the recent positive coronavirus tests of Busquests and Llorente meant less than ideal preparations for the Euro Cup.

Luis Enrique’s side drew 0-0 against Portugal and followed it with a 4-0 rout of Lithuania although, that game featured Spain’s Under 21 players as the first team had to isolate themselves due to Busquests’ test.

That said, Spain did go unbeaten in their Euro Cup qualifiers, picking 26 points out of a possible 30 with eight wins and two draws. They also have promising stars in the likes of Alvaro Morata (the highest goalscorer for Spain in the squad), Pedri, Marcos Llorente, and others.

Sweden will be looking to do something that they have never done that often – make it past the group stage in this year’s Euro. However, being placed in a group with the likes of Poland, Slovenia, and Spain certainly makes it difficult.

The 1992 European Championship semifinalists have made it past the group stage only once – in the 2004 edition. Since then, they have succumbed primarily in their opening matches.

However, in the 2018 World Cup, the Blågult surprised everyone by reaching the quarterfinal after not being able to qualify for the last two editions. Janne Anderson led the charge back then too and will be hoping for another surprising run this time around.

Sweden have won all their five games in 2021, including their recent friendlies against Finland (2-0) and Armenia (3-1). Spain, however, is undoubtedly one of the strongest opponents they will meet this year.

And to make things a bit more precarious, they had an abysmal campaign in the UEFA Nations League as they got relegated to League B. As for their Euro qualifying campaign, they won six, drew three, and lost one.

Spain have always enjoyed the better part of this fixture. They have not lost to the Swedes since the 2008 Euro qualifiers – a match that ended in a 2-0 defeat for La Roja. 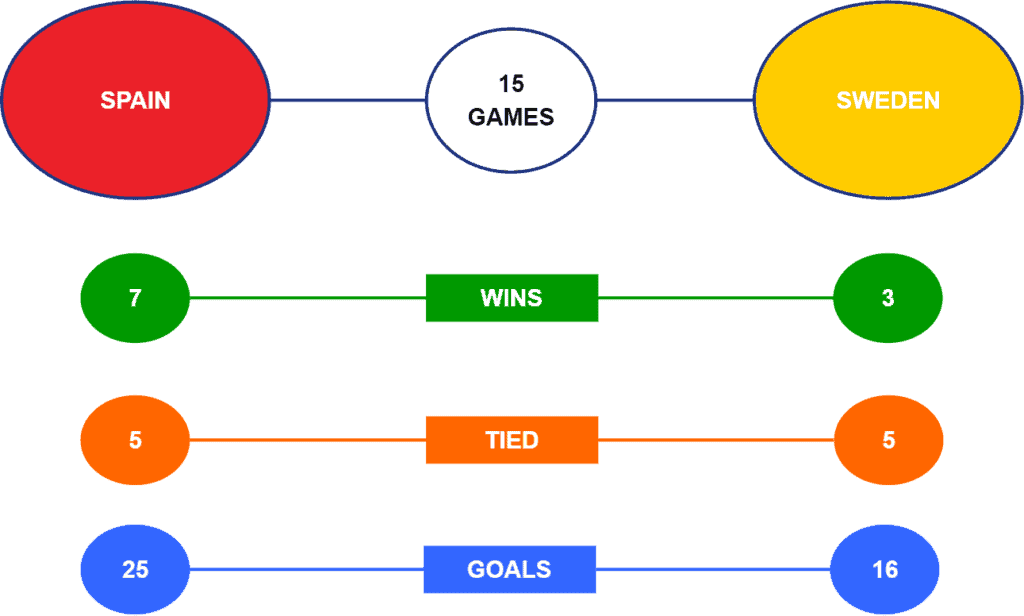 Spain are undefeated in their last 10 Euro Cup matches
They have kept a clean sheet against Sweden in their last three home games in all competitions
The last time two teams met in Spain, the hosts won 3-0 (Euro 2020 qualifiers)
Sweden drew the second leg of that fixture by 1-1
Spain are fielding a squad without any Real Madrid players

Recommended Bet: Back Spain to win @ 1.38 with Casumo

Even without the presence of their captain Sergio Busquets in the midfield, Spain have plenty of cover to get the job done. Plus, they dominate Sweden in the head to head tally and have got a pretty flawless record against them on their home turf.

However, Sweden can and will make things difficult for their hosts. But with Spain’s superior player quality and Luis Enrique’s managerial skills, it is going to be hard for the visitors to carve out a win here.

Alvaro Morata to be Anytime Goalscorer

Recommended Bet: Morata to be anytime goalscorer @ 2.20 with Betway

The 28-year-old has been nothing short of brilliant ever since he dawned the international jersey for Spain. With 19 goals for the country, he is currently the leading goal-scorer in the team and expectations will be high from him to bring the goals.

For Juventus this season, he scored 11 goals across the season and will be eager to fire some more in the summer campaign. Given that he is bound to start for the Spaniards and play a good number of minutes, we can expect him to put one past at some point in the match.

Recommended Bet: Back Both Teams to Score @ 2.50 with 10CRIC

Sweden are coming off a good run in the Euro build-up and have got the ability to score an odd goal or two against Spain, especially when their opponents are looking a tad bit shaky.

Plus, with no David da Gea to guard the posts at the back, the possibility becomes all the more real.