The UEFA 2020 Euro Cup is finally here with Italy set to welcome Turkey in the first match of the tournament in Group A.

For this upcoming match, Italy will start as the heavy odds-on favourite. They have not lost a match since 2018 September and have undergone a brilliant transition under Roberto Mancini over the last few seasons.

Turkey aren’t too far behind either.

They are yet to lose a match in 2021 and have beaten the likes of the Netherlands and Norway recently. Moreover, the team is commanded by Senol Gunes, who oversaw the Turks to a third-place finish in the 2002 World Cup.

Both Teams to Score
2.40
Betway 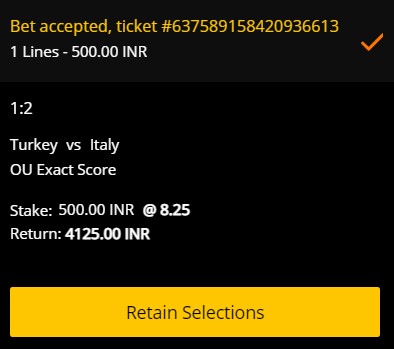 At the moment, the Azzuri are on a 27-match unbeaten streak, stretching across the UEFA Nations League, Euro 2020 Qualifiers, and the 2022 World Cup Qualifiers.

They have won their last five matches in a row this year; most recently, they thrashed the Czech Republic by 4-0 and before that, San Marino by 7-0 in a couple of friendlies.

Defensively, they have been just as impressive. The Italians have not conceded a single goal since their 1-1 draw against the Netherlands in the UEFA Nations League last year. Italy have played seven matches since and have kept a clean sheet in all of them.

All in all, Italy have got a pretty strong squad that has been in a brilliant form and is sailing high on confidence.

If there is a list of underdogs who can make it deep into the tournament this summer, Turkey would rightly be among the top.

Ever since Gunes took over the reins in 2019, the Crescent-Stars have lost just three matches in the 26 played. What is more impressive is he has done so with a team of twentysomething players.

Turkey are starting in Euros with the youngest squad – with an average age of under 25 years. During the 10-game Euro Qualifiers, the likes of Merih Demiral and Zeki Celik showed great promise in defence. In that qualifying run, the team conceded just three goals while keeping eight clean sheets.

It was also in the same tournament that Turkey did not lose to the favourites France either at home or away.

They have definitely proven to be a team that is not to be taken lightly. Turkey have had a couple of good runs in the European Championships – they were the quarterfinalist in 2000 and a surprise semifinalist in 2008. There is no reason why they can’t do it again, especially when their recent form has been quite impressive.

The visitors are yet to register a win over Italy but in the last couple of games, they held their European opponents to a 1-1 draw. 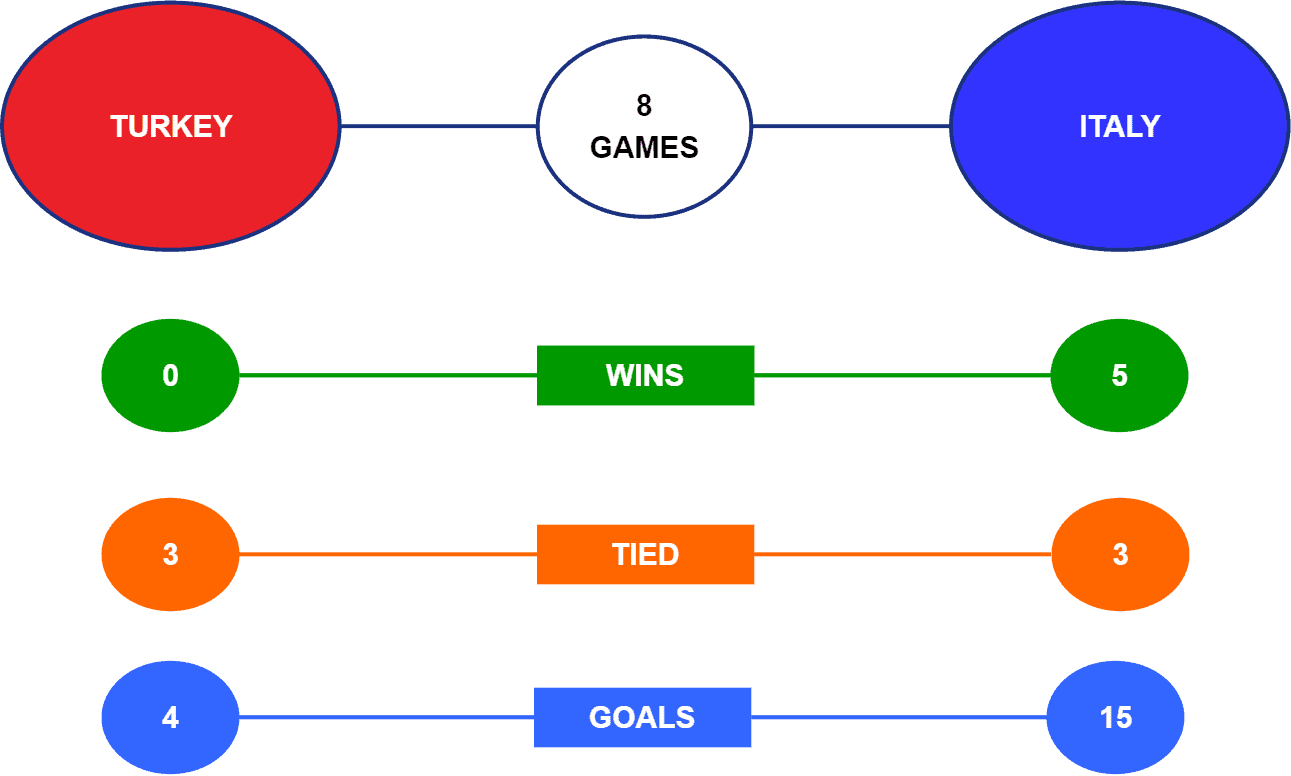 Recommended Bet: Back Italy to win @ 1.54 with Casumo

One thing is certain – Turkey will be among the most difficult teams that Italy have faced in quite some time. It is a battle of two veteran managers, one armed with fresh, young blood while the other is with a blend of experience and promising talent.

A draw may have been the probable outcome elsewhere but the Italians will be playing this match in Rome. They have significant home advantage, especially with the presence of some audience in the Olimpico Stadium.

We can expect some nerves from both sides but the Azzuri have the experience and maturity needed to pull off a win here.

Recommended Bet: Immobile to be Anytime Goalscorer @ 2.00 with 10CRIC

Ciro Immobile is all set to play a good number of minutes in this opener.

Moreover, as a striker for the Serie A team Lazio, he knows this turf very well. Stadio Olimpico also happens to be Lazio’s home ground where the 31-year-old striker has scored plenty of goals.

He is available at decent odds and certainly makes for an attractive bet.

Recommended Bet: Back Both Teams to Score @ 2.40 with Betway

Italy and Turkey are both fielding strong defensive units. On the goals front too, there has been plenty of action in their past few respective matches.

While the hosts do have a superior squad, they may be surprised by the Turkish strikers. Expect goals from both sides but Italy ought to come out at the top.